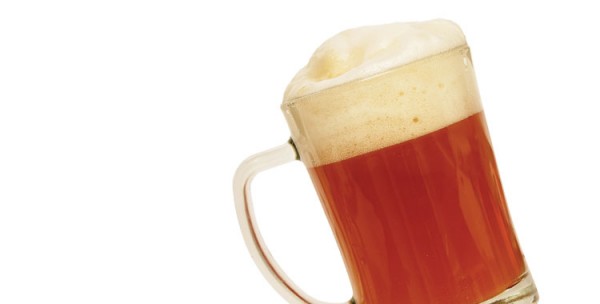 While alcoholism affects both men and women, men are almost twice as likely to die from an alcohol-related disease as women, according to the World Health Organization (WHO).

More than 3.3 million deaths worldwide every year result from the harmful use of alcohol. Researchers have shown a link between alcohol consumption and more than 60 diseases. And, more information about alcohol’s negative impact is coming out each year.

“I see the negative health effects of alcohol every day,” said Dr. Michael Loeven of WellSpan Family Medicine in Manheim. “The longer someone has been drinking, the more negative effects I see. Although two drinks a day (for men) may be beneficial to one’s health, it quickly becomes harmful after that point.” Despite the potentially devastating impact of chronic alcohol use, many men do not want to address the issue. Men who may not pay attention to other health risks may be receptive to listening when it comes to their sexual health and performance.

Studies have shown that men who abuse alcohol have a 60 to 70 percent chance of suffering from sexual problems, which can include erectile dysfunction, premature ejaculation, loss of sexual drive, difficulty experiencing orgasm, ruined relationships, and sexually transmitted diseases.

Sex and alcohol are a delicate balancing act. While alcohol can lower a man’s inhibitions and make him more comfortable about initiating sex, too much alcohol typically reduces a man’s sexual response.

“Men need to take the hormonal effects of alcohol seriously,” said Loeven. “Excessive use of alcohol affects testosterone levels and consequently your libido or sex drive. Alcohol also is a major cause of erectile dysfunction.”

Quitting alcohol can have a positive effect on a man’s sexual health. In a study involving 17,000 alcoholic men, 50 percent who stopped using alcohol for several years returned to normal erectile functioning. Reversing the sexual effects of alcoholism, however, is compounded by the fact that long-term alcohol abuse often leads to chronic diseases, such as diabetes and heart disease, which also can cause erectile dysfunction.

Loeven said a spouse’s or significant other’s support can be extremely important in helping to decrease the partner’s alcohol consumption or quit entirely.

“A spouse can provide extra motivation to the alcoholic,” he said. “She needs to support changes and offer encouragement.”

Loeven said many alcoholics are high-functioning. They go to work, interact with others, and participate in family activities. That doesn’t mean they don’t have a drinking problem.

“Alcoholics need to make lifelong changes,” he said. “Some alcoholics may be able to decrease their consumption, but that’s often difficult. For some people, one drink will always be one too many. Alcohol addiction is very real.”

While there are myriad alcohol-related diseases and conditions, Loeven said two common ones he sees are sleep disorders and depression.

Alcohol can help induce sleep, but it also affects your sleep pattern. After making you feel tired, alcohol acts as a stimulant. It causes you to wake up more frequently, particularly in the second half of the sleep period. This fragmented sleep pattern keeps you in a lighter stage of sleep and decreases the amount of deep sleep or REM sleep. This results in daytime fatigue and sleepiness.

Alcohol is a depressant. Although it’s not clear which comes first, alcoholism or depression, 30 to 50 percent of people with alcoholism also suffer from clinical depression. Many people use alcohol to help forget their depressive symptoms.

In reality, however, alcohol use may contribute to them. Alcoholics experience a significant reduction in their depression symptoms after three or four weeks of quitting drinking.

There is a concern that family physicians, such as Loeven, may see more cases of alcohol-related dementia in the future. In a recent interview with the Philadelphia Inquirer, Tony Rao, a London geriatric psychiatrist, warned about a potential wave of alcohol-related brain problems as more baby boomers reach retirement age.

Baby boomers are thought to drink more than the generation before and after them. And, they do not seem to have decreased their drinking as they have aged.

Rao said although the number of people diagnosed with alcohol-related dementia is small, it is growing faster than the aged population.

Loeven expects more research studies to be released about the harmful effects of alcoholism on health. He admits, however, it can be difficult to convince patients that alcohol use is related to so many diseases and conditions.

“I see alcoholism across the age spectrum and socioeconomic classes,” he said. “Alcohol has been part of our culture for a long time. But the evidence clearly shows that alcohol abuse is bad for your health in many ways.”