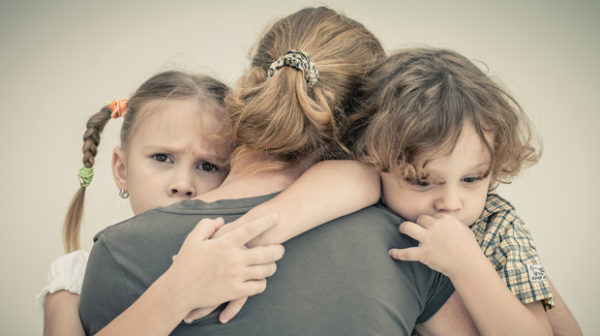 How to Cope When a Loved One Dies from Suicide

She was a junior in high school when she received notice to report to the guidance counselor’s office. When she arrived at the office, her father was there with the counselor. Her father told her that her mother had died by suicide.

“I felt like a brick wall had hit me,” recalls McSweeney. “I lost my breath and things got fuzzy. I was going into shock.”

McSweeney, 17, was reeling. She couldn’t believe her mother would take her own life.

“I knew my mother loved me and my two sisters (ages 19 and 21 at the time),” she says. “I felt close to my mother, and I didn’t think she would leave us. It hurt so much to realize she was gone.”

McSweeney’s mother had been diagnosed with schizophrenia. She had attempted suicide before and she had made comments about wanting to die.

“My mother was very sick,” stresses McSweeney. “Over the years, I’ve grown to have more compassion for her.”

When a loved one dies from suicide, the aftermath can be complicated and confusing for those who cared deeply about the person. The shock and grief can be overwhelming.

According to the Centers for Disease Control and Prevention, each person who dies by suicide leaves six or more suicide survivors — people who’ve lost someone they care about deeply and are left grieving and struggling to understand.

“My sisters and I experienced a range of emotions after my mother’s death,” says McSweeney. “It was very difficult not to be angry.”

She says she and her sisters grieved in different ways. And, the length of their grieving process varied. There is no single right way, or time, to grieve. Each person must do what’s right for them. No one can tell you how you should grieve, or when the grieving process should be over.

Because healing doesn’t occur in a straight line, loved ones of those who have died by suicide can expect setbacks during their grieving process. Anniversaries and other special occasions can be painful reminders of one’s loss.

Although suicide-prevention experts say suicide survivors will never get over their loss, they can get through it.

According to the Mayo Clinic, healthy coping strategies include:

• Reaching out to loved ones, friends, and spiritual leaders for comfort, understanding, and healing

• Seeking professional help, especially if you: might be depressed or have recurring thoughts of suicide; blame yourself for the loss or not preventing it; feel numb or disconnected for more than a few weeks; or are unable to perform your normal daily activities

McSweeney says reaching out has been instrumental in helping her better understand her mother’s suicide.

She talked to friends, joined a support group, and volunteered for the American Foundation for Suicide Prevention.

She says it took her a while to work through her anger and go from anger to compassion.

“Anger is a difficult emotion,” she says. “Being able to talk about my feelings in a nonjudgmental way in the support group, however, has been a tremendous help. I incrementally became less angry. I cried a lot. But now, I can handle my emotions a little better.”

She adds, “Through the support group I slowly gained insight into what made my mother do what she did. I can look at things more objectively.”

McSweeney says she has heard people say her mother committed a selfish act. She doesn’t believe that.

“It’s OK for people to have those feelings,” she says. “But they will never understand how much pain she was in. She was in pain, not selfish. I wish things would have been different.”

Suicide’s complexity, the impact it has on others, and the many myths surrounding it are some of the reasons McSweeney helps educate people through the AFSP. She has served as a board member and president of the local chapter.

“I threw myself into my support group and the AFSP in honor of my mother,” she says. “I wanted to do something positive in her name. Educating others about suicide has been very rewarding. And, I’ve met some amazing people through my volunteer work.”

It’s been almost 14 years since McSweeney’s mother died from suicide. She still feels the hurt, pain, and frustration, but she has learned how to cope with it.

“I’ve learned that it’s important for me to reach out for help,” she emphasizes. “If I had isolated myself, I wouldn’t be where I am today. I had to accept my emotions and work through them. If I had pushed them down, I wouldn’t understand them with clarity.”

She concludes: “I’ve learned not to be judgmental about myself or my mother. Time, plus companionship with others, has been the key for me.”

Barry Sparks, Coping with Loss, How to Cope When a Loved One Dies from Suicide, Suicide
Share this Post :