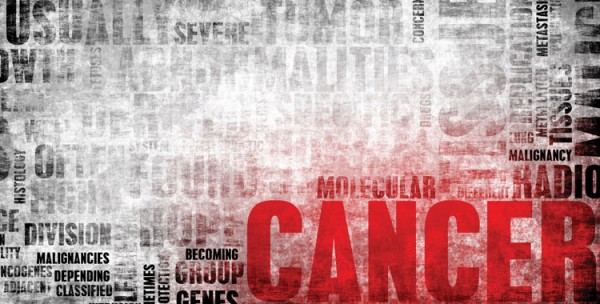 Cervical Cancer: What You Need to Know Now and How to Reduce Your Risk

January is Cervical Cancer Awareness Month. Here’s what you should know about this disease, how you can help prevent your daughters (or granddaughters) from developing it, and how to reduce your risk of developing it as well.

What is Cervical Cancer?
To understand what cervical cancer is, let’s start with a brief anatomy lesson.

Your cervix is the lower, narrower part of your uterus, and it forms a canal that opens into the vagina. During sexual intercourse, sperm travel up through the cervix into the uterus; if one finds and fertilizes an egg, and the egg implants in the wall of the uterus, pregnancy occurs.

Roughly 40 weeks later, the baby leaves the uterus in the opposite direction; the cervix leads to the way out.

Cervical cancer occurs when cancerous cells take hold and begin producing tissue that forms a tumor in that part of the uterus. The cause of this cancer has been linked with certain strains of human papillomavirus (HPV), which is the most common sexually transmitted infection in the United States.

According to the Centers for Disease Control and Prevention, about 80 million Americans are infected with genital HPV. It’s not always symptomatic, which means you can have the infection without knowing it.

Fortunately, most women’s immune systems fight off HPV infections and don’t develop cervical cancer. However, some strains of HPV types can cause abnormal cells on the lining of the cervix that years later can turn into cancer; other strains cause genital warts.

What’s My Risk?
Your risk of developing cervical cancer is much lower than it used to be, thanks to living in the 21st century.

“Before the introduction of the Pap smear after World War II, cervical cancer was the leading cause of cancer deaths of women in the U.S.,” says Robert Marshall Austin, M.D., professor of pathology at University of Pittsburgh Medical College.

“Most women don’t know that because now it’s a historical memory, but around the world where there’s no screening, cervical cancer is either the first or second leading cause of cancer death in women.”

Today, however, screening has reduced the underlying rate of cancer by about 70 to 90 percent, adds Austin.

According to the American Cancer Society, about 12,900 women will be diagnosed with cervical cancer this year; about 4,100 of them will die of the disease.

You’re more likely to develop cervical cancer if you’ve been exposed to HPV; if you smoke; if your immune system is compromised (such as with an HIV infection); or if you’ve had a lot of sexual partners.

Women over 40 are more likely to be diagnosed with cervical cancer, probably because they get Pap tests less frequently, and taking the pill for more than five years or having a large number of children may also increase your risk.

What You Can Do to Reduce Your—and Your Daughter’s—Risk
If you have preteen-aged kids, you’re probably aware of the vaccines that can prevent most cases of cervical cancer.

The vaccines—Gardasil, which is for both boys and girls, and Cervarix, for girls only—have been approved for use in the United States. They’re recommended for children ages 11 to 12 and should be administered before children have sexual contact and are exposed to HPV—it’s more effective that way.

Teenagers and older adults can also receive the vaccine if they haven’t had it already; it’s recommended for girls and women up to age 26 and boys and men up to age 21. (The idea behind vaccinating boys and men is to prevent them from transmitting the virus to women who may develop cervical cancer.)

Regardless of whether you’ve been vaccinated, it’s smart to get an annual Pap screening to detect precancerous changes early on.

If you’re a mom whose children aren’t sexually active yet, talk to your pediatrician about the vaccine. Both vaccines are given as a series of three injections over a six-month period.

If you have kids who are already sexually active, make sure that you talk to them about practicing safe sex to reduce their risk of becoming infected with HPV (14 million people become infected every year) and that young women schedule Pap tests annually. The same advice applies to you!

Most of the time, precancerous changes and cervical cancer in its early stages do not produce noticeable symptoms. That’s why regular screenings are so important.

These can also be symptoms of other medical problems, including endometriosis and pelvic inflammatory disease, so it’s important to see your doctor immediately to determine the cause.

Because of the way the cells are stored, the ThinPrep is significantly more effective than the conventional Pap test for detecting precancerous cells, says Austin.

If your Pap test does show abnormal cells, ask about HPV screening.

“This allows us to improve the sensitivity of the screening and to identify the women who really need to go for colposcopy [a diagnostic procedure that looks more closely at the cells of your cervix],” says Austin.

If your HPV test is negative, you may be able to return next year for a follow-up Pap; otherwise, your doctor may schedule you for a colposcopy to determine whether you need additional treatment.

The bottom line? Get annual Pap tests, practice safe sex, and don’t smoke to reduce your risk of cervical cancer. Suggest that the young women (and men) in your life consider getting vaccinated.

Even so, the vaccine will only prevent about 70 percent of cervical cancer cases, so it’s still up to you to protect your health.

“That’s why it’s important to have continued screening—and important that that screening is by the best methods available,” says Austin. BW

Want to learn more about cervical cancer? Check out the website of the National Cancer Institute, which provides an extensive overview on cervical cancer, including information on symptoms, risk factors, diagnostic techniques, and treatment options. www.cancer.gov/cancerinfo/wyntk/cervix