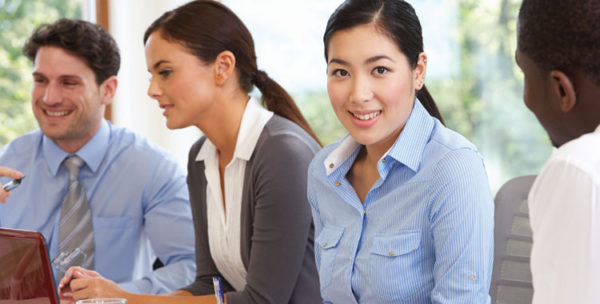 Co-working on the Rise as Entrepreneurship Grows

A few years ago, a group of freelancers in different fields began meeting at Midtown Scholar Bookstore (Harrisburg) and other central Pennsylvania locations to network, work side-by-side with their laptops, and enjoy just plain get-out-of-the house time.

The group might be considered a form of co-working, which is becoming increasingly common. Only, in “classic” co-working, people who are often professionally unconnected work in different parts of the same space, whether rooms or cubicles.

According to Wikipedia, co-working is a style of work that involves a shared workplace, often an office, and independent activity.

If you’ve ever shared a home or a ride, co-working won’t seem unfamiliar.

Back in 2007, the trend was almost unheard of, with only 14 documented co-working spaces in the United States. Brad Neuberg is credited with starting the co-working movement, which has grown rapidly.

Youth and co-working seem to go together. The popularity of shared spaces is, according to Forbes magazine, driven by the growing number of millennials “flocking” to them.

Among other segments of the population who are enthusiastic about the co-working trend are freelance writers and artists, who enjoy working at home (or in an office) alone — up to a point.

Co-workers can enjoy such amenities as Wi-Fi connection and high-speed internet, as well as access to conference rooms, free coffee, and even the use of a video/photo studio.

No trips are needed to office-supply stores, and there’s also no need to move supplies from home. Utilities and equipment — including your own personal desk and phone — are often available. With co-working, you have fewer supplementary responsibilities, such as cleaning and maintenance.

Shared spaces are ideal for entrepreneurs — which millennials and other and independent workers tend to be. These individuals often have limited budgets, so they benefit from lower rental fees that can be paid monthly instead of annually — and maybe even weekly — and add flexibility to the co-working arrangement.

With co-working, you pay only for the number of desks you use.

Co-working facilities may also include a kitchen area and meeting rooms one can rent by the hour and possibly a receptionist to greet guests. Some may offer educational benefits, such as lunchtime seminars with speakers.

But a key benefit of co-working may be networking through building business connections and providing camaraderie — and who has ever had too much of that?

By some accounts, co-working is available in more than 3,000 business centers around the world.

If you need desk space on the spur of the moment, some co-working locations may provide a reserved co-working space arrangement (also called “hot-desking”), whereby you get desk space whenever you need it on a first-come, first-served basis.

There are also chains of co-working facilities. If you’re on the road a great deal, you can use memberships with these companies at multiple locations.

Why the move in the direction of co-working?

One is the growth of telework, in general. Also called “telecommuting,” the concept means working from home or outside the traditional office or workplace, using a computer and telephone connection.

In addition, independent workers — contractors, freelancers, artists, and the like — make up an increasing share of the labor force. Many of these individuals, and others, realize they are more productive in the company of business or professional people they trust and build relationships with, rather than sitting in a favorite coffee shop surrounded by strangers.

Every entrepreneur and freelancer fights a constant battle to win new clients and find work. Another benefit of co-working is that avenues to finding those desirables might be no further than the person in the next desk or office of a co-working situation.

There’s also the realization among longtime entrepreneurs or independent workers that working at home or even occasionally at corporate offices provides very little or no interaction with others, unless one tries hard. With co-working, they’re likely to have serendipitous meetings with the co-worker “next door.”

There can, admittedly, be privacy challenges within co-working environments. But some of these environments might solve the problem by combining shared open spaces with areas that allow silent retreat into more focused work.

The real value, co-working companies assert, is a more innovative and interactive work culture that allows people to be both productive and social in a healthy balance.