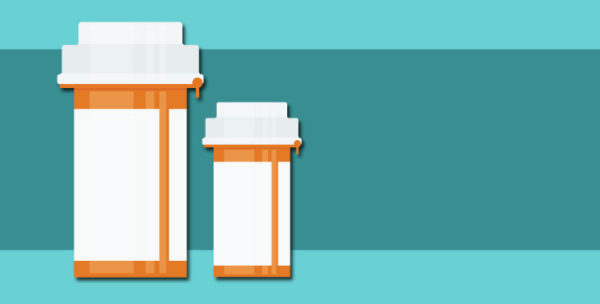 We frequently hear today about personalized practice of medicine. There are a few different definitions, but a general one might be: a medical model that separates people into different groups — with medical decisions, practices, interventions, and/or products tailored to the individual patient based on their predicted response or risk of disease.

But what about personalized medicating? Does it exist? Yes!

Known as compounding, it’s the art and science of creating personalized medicine.

It all starts with a problem: the child who can’t swallow pills; the patient with an allergy to common, mass-produced medicine fillers, such as casein, gluten, dyes, etc.; or a much-needed drug that’s in short supply. For whatever reason, many people aren’t served by mass-produced medications.

It could also mean a patient who’s not taking medication as prescribed because of unpleasant side effects or lack of improvement. Or someone who needs customized medicine strengths and dosage forms (like creams or suppositories).

A compounding pharmacy is able to provide a solution, said Diane Boomsma, pharmacist and owner of Custom Prescriptions of Lancaster, LLC.

Compounding, she added, can be a great option for patients who “may fall between the cracks and may have limited choice with manufactured medications.”

For patients, compounding can be life changing, even lifesaving. And it’s “highly rewarding for compounding pharmacists and practitioners, helping them solve some of healthcare’s toughest challenges.”

Compounding pharmacists compound both sterile and non-sterile medications for patients based on their providers’ wishes. Examples of sterile medications — created in an environment free from viruses, bacteria, or any other potentially infectious microorganisms — are antibiotic ophthalmic drops for corneal ulcers, injections for erectile dysfunction, nutritional injections, and anesthetic injections for trigger-point injections.

“Compounding pharmacists don’t compound chemotherapeutic medications,” said Boomsma. “However, we do compound medications that ease side effects, such as transdermal anti-nausea medication, mouthwashes for mouth ulcers and irritation, and lotions for radiation burns, among others.”

Where does compounding fit historically?

It’s difficult to pinpoint the ancestries of compounding, as the process of combining different agents began in a basic pharmacy-compounding timeline from before the term “compounding” ever existed, Boomsma explained. However, the art of compounding medications can be linked to the origins of pharmacy itself; the first documented chemical processes can be traced as far back as the time of the ancient Egyptians.

“Originally, it was commonplace for physicians to both prescribe and compound a patient’s medication themselves,” she said. “Only late in the 19th century did we began to see a clear distinction between the role of a physician and that of a pharmacist.”

There was also a time when compounding was indistinguishable from general pharmacy practice.

“Historically, compounding has been an integral part of the process,” said Boomsma. “In the early 1900s, the majority of all medications were still the result of pharmaceutical compounding. However, as the 20th century progressed, the need for compounding pharmacies diminished due to the advent of mass drug manufacturing.”

Today, the compounding pharmacy industry is experiencing a resurgence as the importance of custom-made medications becomes more prevalent and the demand for customized prescription medication is on the rise.

Compounding also offers yet another opportunity for female entrepreneurship.

Boomsma had been an employee for a number of years and then wanted to “round out her career” by becoming a business owner. She went back to school to obtain her doctorate in pharmacy, which follows a B.A. program.

Pharmacists who wish to specialize in compounding can focus their training in continuing education courses.

Compounding pharmacists have their own professional organization. The International Academy of Compounding Pharmacists is an association representing more than 4,000 pharmacists, technicians, students, and members of the compounding community who focus on the specialty practice of pharmacy compounding.

The mission of the IACP is to protect, promote, and advance the art and science of pharmacy compounding.

One proviso: Pharmacies can only fill compounded prescriptions and ship in the state in which they are licensed. If they are not licensed in a particular state, these pharmacists have a compounding-pharmacy locator system to guide patients and providers to the service where they need it.