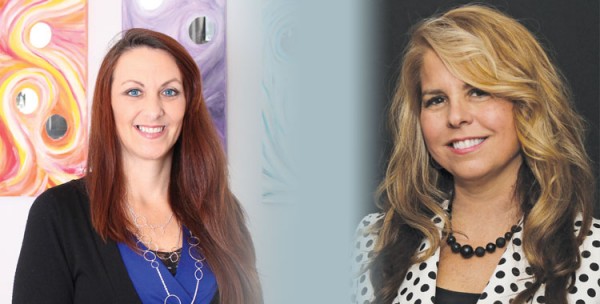 Lisa Knab’s (now Dynarski) new husband seemed like a nice guy. She was happy to find a father for her two daughters.

For a few years, all went well. Then he hit her in front of her girls. “I remember them asking me if we were moving out,” she said. “Later on, my older daughter moved in with my mom because I was afraid [my husband] might abuse her too as she had a tendency to be more outspoken.”

He also subjected her to sexual and verbal abuse and gave her multiple STDs. A bigger shock came later, when she realized he had also sexually abused her younger daughter.

Still, Dynarski was in denial. She had no bruises on her arm and no black eye, so she didn’t think what he had done to her constituted abuse.

After nine months, Dynarski left her husband, first staying with a friend and then at a domestic violence shelter with her younger daughter.

“I broke down and finally went to the shelter,” she said. ‘It was nothing like they show on TV. I had my own room in a house, with common areas. I felt very welcome.”

After a month, mother and daughter moved into Section 8 public housing. But even though the building was secure, her husband managed to get in. One time he sat outside her apartment crying and reading the Bible.

“I got sucked back in,” Dynarski said.

At first, things seemed peaceful. Then, after nine more months, the abuse began again. Finally Dynarski moved in with her mother and went back to school—obtaining a B.A. and M.A., as well as a graduate certificate in intimate partner violence and working on another M.A. in clinical mental health.

Dynarski married a few years after divorcing her abuser but did not seek counseling until her second marriage broke up.

“I guess I never really dealt with the abuse issue,” she stated. “Just because you get away from your abuser does not mean that everything is OK. It still goes on in your head.”

Now shelter manager at the Domestic Services of Cumberland and Perry Counties, she sometimes shares her story with clients.

“Experts back up the women, but it’s different to tell it from the perspective of the victim,” she said.

Her Abusive Husband Was Featured on TV

From the outside looking in, Renee Kopp had a blessed life. Married for 24 years, she had five sons. She and her husband operated three businesses and were active in their Christian faith.

There was a dark shadow, however. Her husband spanked her. “The first two times occurred during the first few months of our marriage,” Kopp said.

Even though he eventually subjected her to verbal and sexual abuse, she thought the spanking was “my fault.”

Although her husband came from an abusive background, she believed his behavior wouldn’t repeat itself. In fact, many years passed before he became violent again.

“He said I was being disrespectful, and that if I was that way again, he would pull down my pants and spank me in front of the boys,” Kopp said.

At the same time he became more aggressive with their sons.

Finally, the marriage started to unravel.

“I thought I was going insane, because he was gas-lighting me. We’d have an argument, and he’d say it never happened.”

Kopp began videotaping her life, including her husband’s demands that she say, “Yes, sir” when addressing him.

After he hit her twice with a paddle—also videotaped—she went to the police and got a protective order, which he violated.

“I had to walk away from my belief that marriage has to be continued at any cost and create a safe place for the kids,” said Kopp.

After three years of family and private counseling, she and the boys have begun to heal.

Dr. Phil featured her story and interviewed her then-unrepentant husband—and Associated Press picked up on it. Her role as “spokesperson” then went viral.

Even when people bombard her with questions like, “Why didn’t you leave? You must have enjoyed it,” Kopp doesn’t get mad.

“I choose not to be ashamed. I choose to be a spokesperson,” says Kopp.