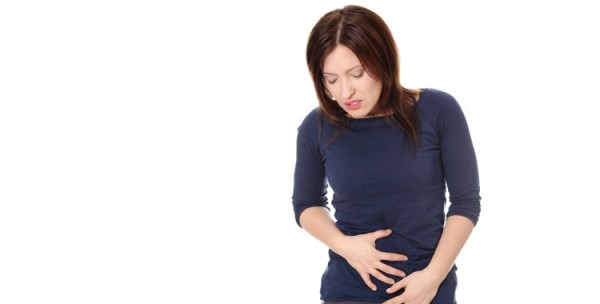 Ah, the monthly curse. The ever-present but often unwanted menses; the annoying acquaintance you can’t seem to avoid. It’s fraught with limiting activities, altering clothing options, and needing to have the appropriate “materials” to manage it.

And while all of these attributes are common, the one aspect that creates the greatest impact in women’s lives is the discomfort.

Dysmenorrhea, as it is officially named, is pain that occurs during menstruation. It is the most common menstrual cycle complaint for which women seek treatment. The pain can manifest as mild cramping or, as a recent patient described it, “like a mule kicked me in the gut.” It is estimated that 40-50 percent of women are affected, with the highest prevalence occurring between 20-24 years of age. For most women, the symptoms are mild, but one study showed that a third of women with dysmenorrhea had severe symptoms that led to a limitation of activities and absenteeism from work or school.

Primary dysmenorrhea is the more common form of dysmenorrhea and usually occurs 6-12 months after the onset of menarche (the first occurrence of menstruation). Women describe the pain as lower pelvic/abdominal cramping that can be as significant as “labor-like” contractions.

It usually begins within one day of the menstrual bleed, with the worst pain occurring within the first 24-36 hours and lasting two to three days.

The current understanding of primary dysmenorrhea is that it is caused by an abnormal or increased amount of prostaglandin secretion, which increases uterine contractility, similar to the contractions that are associated with labor or a miscarriage.

Prostaglandins are fatty acids found in most tissues and are involved in the body’s inflammatory response to injury and illness, as well as regulating muscle contraction in the gut, uterus, and airway.

Secondary dysmenorrhea is defined as pain during menstruation that is due to another disease process. The type of pain these women feel is similar to primary dysmenorrhea, but women may also have heavy bleeding (menorrhagia) or pain with intercourse (dyspareunia).

The onset of secondary amenorrhea is usually later than menarche, with most women experiencing pain between 20-30 years of age preceded by relatively pain-free menstrual cycles.

Other pertinent patient history that suggests a secondary cause is infertility and a poor response to medications used to treat the pain.

Uterine fibroids are muscle tumors of the uterus. Approximately 60 percent of women are affected with a uterine fibroid, with most of them being asymptomatic and not cancerous. Fibroids can, however, create pain due to the mass effect of the uterus, increased menstrual bleeding that results in increased uterine contractions, and bleeding within the fibroid.

Scar tissue, known as adhesions, can cause obstruction of the fallopian tubes, distortion of the uterine position in the pelvis, and attachment of other organs to the uterus, thereby creating discomfort.

Adenomyosis is a condition where the lining of the uterus (endometrium) grows into the uterine wall (myometrium). The endometrium continues to grow and shed but is trapped and creates pain.

Deposits of endometrium found outside of the uterine cavity is known as endometriosis. These implants can be found on surrounding organs such as the ovaries, bowel, bladder, and the pelvic side wall. The implants grow and shed with each menstrual cycle, creating inflammation and scarring that leads to pain.

The diagnosis is made when an implant of endometrial tissue is surgically removed and confirmed by a pathologist. There are no laboratory tests that are diagnostic for the condition, but an ultrasound or CT scan may show an ovarian cyst that contains endometriosis (endometrioma).

Physical exam findings can be normal but may also reveal a tender uterus or ovaries, tender nodules in the upper vagina, or a uterus that appears to be stuck or fixed. Some women suffering from endometriosis can even have bowel or ureteral obstruction.

Primary dysmenorrhea can usually be managed with a non-steroidal anti-inflammatory drug (NSAID) such as Advil or Aleve. I instruct women to begin taking the medication one or two days prior to menstruation and to continue the medication until the second or third day of bleeding.

Studies have shown a significant improvement in the intensity and duration of pain with these medications as they inhibit the formation of prostaglandins lessening uterine contractions. A prescription NSAID can also be used and may be easier to take as the frequency of dosing is lower.

These medications are well tolerated and have minimal side effects. I tend to use them with NSAIDs as a first line treatment. Furthermore, they can be used to completely eliminate menstruation, which is highly desired by many women.

If women decline medical management or it does not alleviate their symptoms, destruction of the uterine lining (endometrial ablation) can be performed without incisions, with minimal recovery time, and provides 85-90 percent improvement rates.

The treatment of secondary dysmenorrhea is aimed at treating the underlying disease. A trial of NSAIDs or contraceptives can be a starting point, but if symptoms are not controlled, surgery is usually warranted and can usually be performed in a minimally invasive fashion.

Fibroids can often be removed via laparoscopy or hysteroscopy as opposed to a larger incision made on the abdomen if a woman desires to retain her uterus or has not completed child bearing.

The uterus can also be removed (hysterectomy) vaginally or laparoscopically. Some women may be candidates for uterine artery embolization, which is performed by a radiologist in an outpatient setting.

Adhesions will require surgical removal and adenomyosis may result in a hysterectomy if conservative measures are unsuccessful.

Surgical removal of the uterus and/or ovaries may also be warranted in some cases. Treatment for this disease is usually performed in a stepwise fashion from a conservative to a more aggressive approach. Minimally invasive surgery can be done safely and women can get back to normal activities quickly, so I offer surgical treatment to many women early in the evaluation process.

The takeaway: Women today have options for dealing with pain during “that time of the month.” There are many treatment choices that are safe and effective and can minimize the negative impact on a woman’s life.